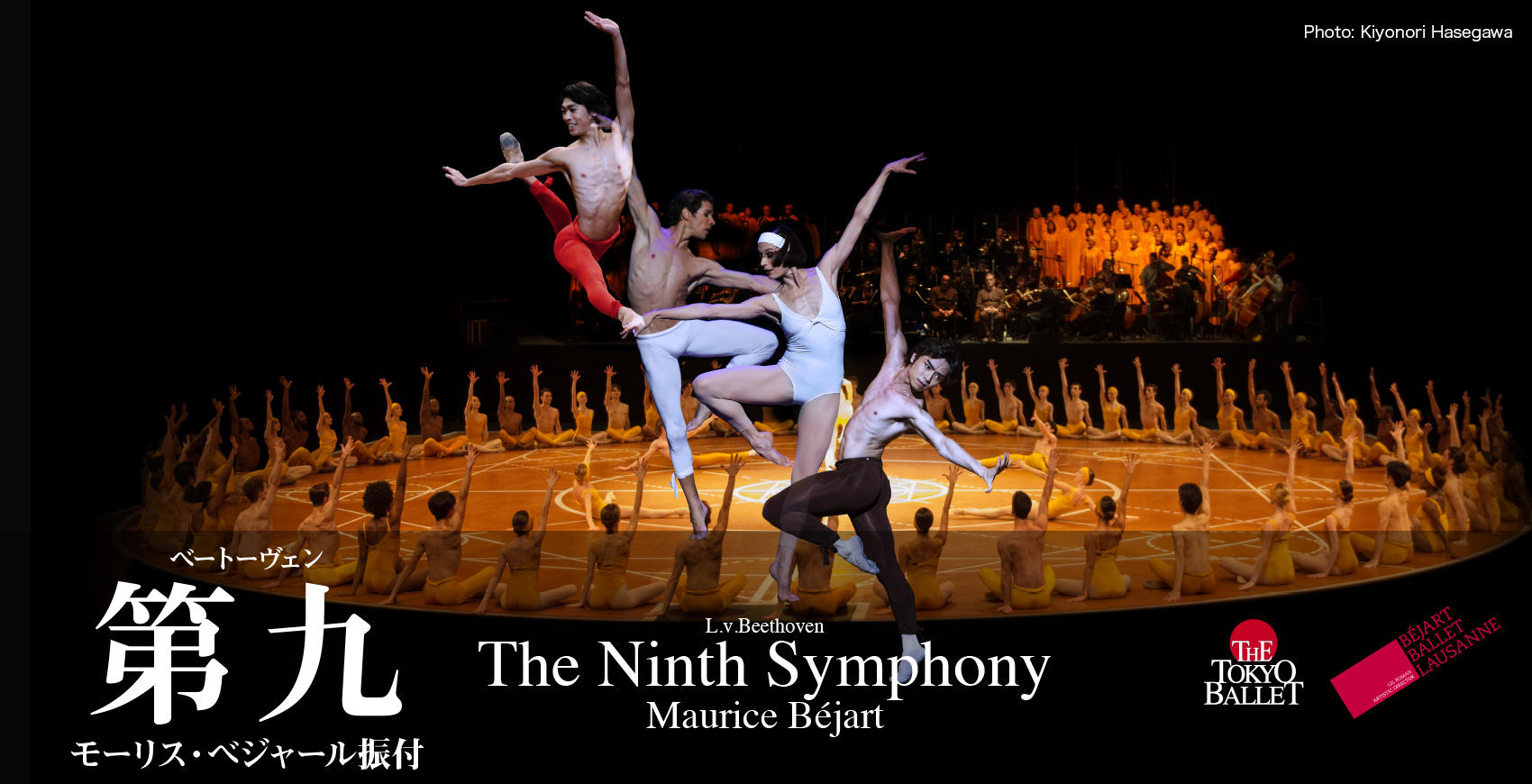 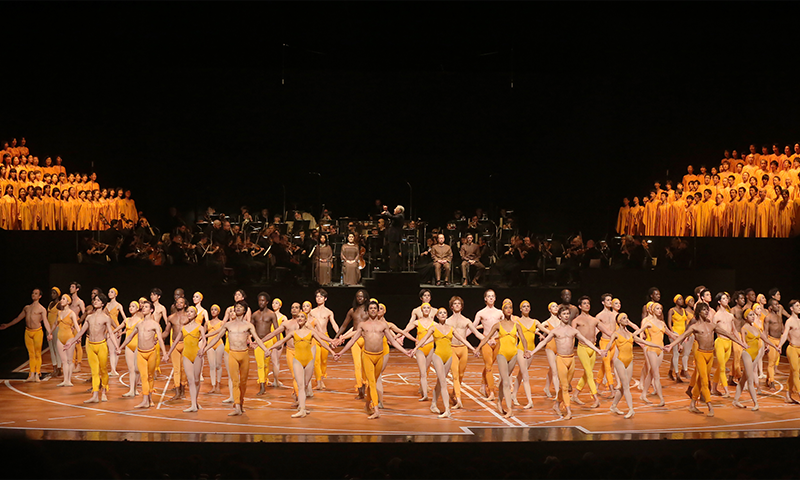 The Tokyo Ballet and the Béjart Ballet Lausanne will bring one of the greatest masterpieces by Maurice Béjart, The Ninth Symphony, in Tokyo in April / May 2021. The spectacular work will be performed by more than 80 dancers of the two sister companies with the Tokyo City Philharmonic Orchestra, Tokyo Opera Singers and solo singers conducted by Toshiaki Umeda. It will be a concentration of artistry of about 350 artists.

The Ninth Symphony is a choreographic interpretation of Beethoven's masterpiece by Maurice Béjart. It is an unparalleled, large-scale spectacle premiered in 1964 at the Cirque Royal in Brussels. Since then, it has been staged at several unique venues and opportunities for a ballet such as the Palais des Sports in Paris, at the Opening of the Olympic Games in Mexico City, and the Piazza San Marco in Venice.

After an absence of 15 years, the ballet was revived in 2014 by the Béjart Ballet Lausanne and The Tokyo Ballet as part of the 50th anniversary celebration of The Tokyo Ballet, at the NHK hall in Tokyo with the Israel Philharmonic Orchestra and Zubin Mehta. Following the performances in Tokyo, the two companies presented the ballet also in Shanghai, Lausanne, Monte-Carlo and Brussels.

The performances had originally been scheduled for Spring 2020 but were cancelled due to COVID-19 pandemic. The Tokyo Ballet and the Béjart Ballet Lausanne will present the magnificent ballet with new dates to bring joy in an unprecedented time.

*Program and casting as of 7 December 2020 are subject to change.

●Children under 6 years old are not admitted to the auditorium.
●Program and casting as of 7 December 2020 are subject to change. Changes in the program and cast do not entitle holders to return or exchange tickets.

Presales at "NBS WEB Ticket"
●For Categories S, A, B, C, D and E
Ticket sales postponed. A new date will be announced shortly.

Enjoy discount by \1,000 for two persons. Tickets will be on sale during the periods of presales and the general sales at NBS WEB Ticket and NBS Ticket Center (Phone 03-3791-8888).

¥3,000 tickets for those aged 6 to 25 years go on sale on Thursday 25 March 2021 at 20:00 at NBS WEB Ticket. You must bring identity documents with proof of age to pick up your tickets at the venue on the performance day.

Presented by Ballet Holiday in Ueno no Mori Organizing Committee

Supported by Embassy of Switzerland in Japan 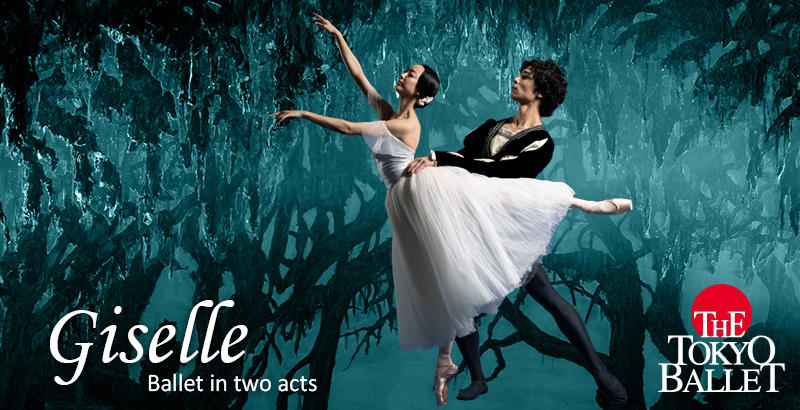 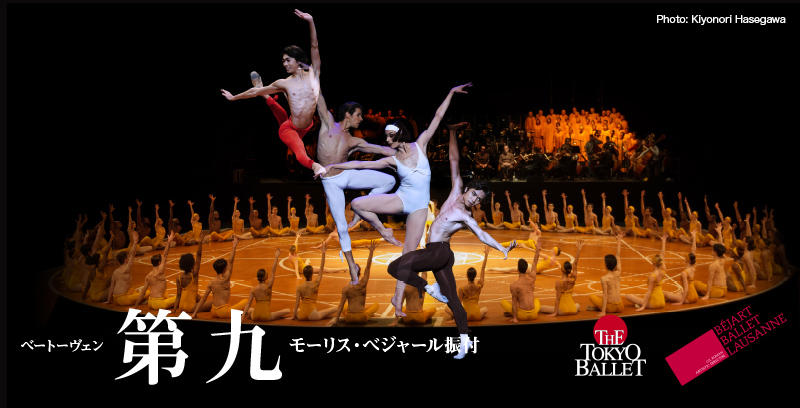 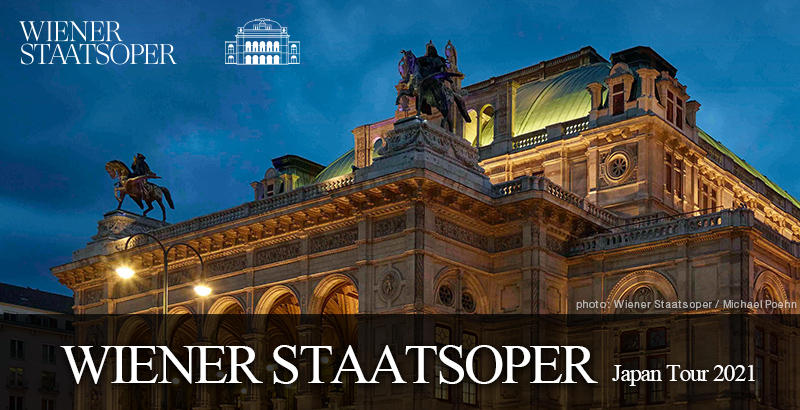