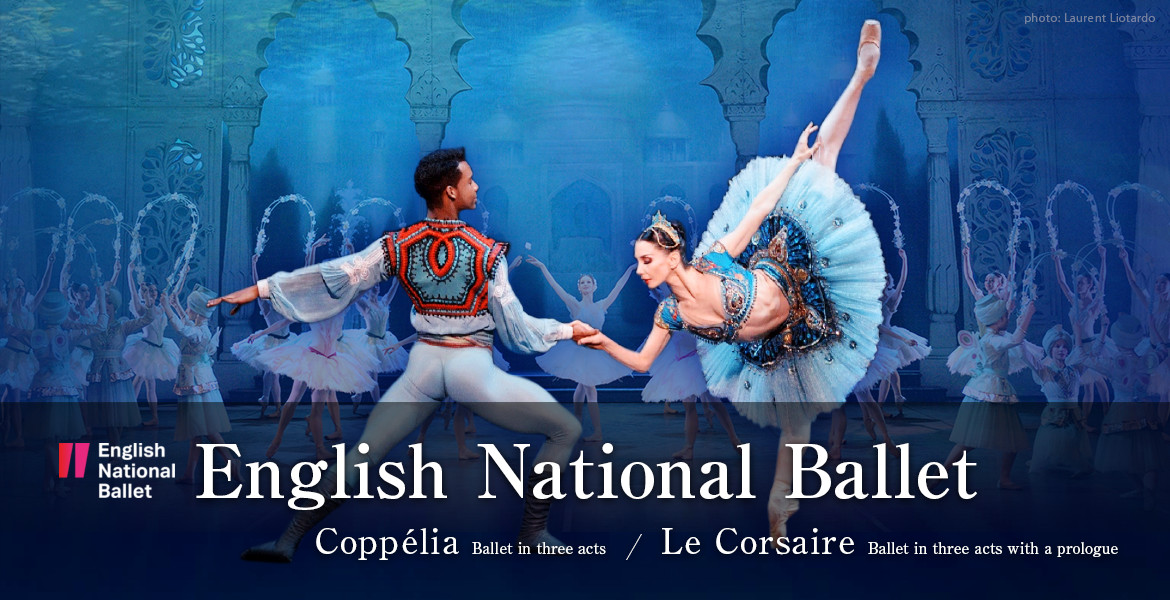 Since its establishment in 1950, English National Ballet (ENB) has brought world-class classical ballet to the widest possible audience, aspiring to be the United Kingdom's most exciting and creative ballet company.

Today, ENB is attracting more attention than ever for its great leap forward since Tamara Rojo, who had been the star ballerina of the Royal Ballet, took over as Artistic Director in 2012. Determined to reinvigorate the Company, she has introduced innovative new works to the repertoire while continuing to honor traditional ballet.

One of the world's greatest ballerinas, Alina Cojocaru joined ENB as a principal dancer in 2013 after leaving the Royal Ballet, which was another shock in the dance world. She chose ENB for the new artistic opportunities it would offer her and a wonderful relationship and understanding with its artistic director Tamara Rojo. Joining of the two star dancers has given the Company new momentum. It is now attracting richly gifted dancers from all over the world including several Japanese dancers such as Erina Takahashi, principal dancer.

On its Japanese tour 2017, ENB will bring you two masterpieces, Coppélia and Le Corsaire, which will fully testify the Company's charm and capabilities. Coppélia, a comic tale of an eccentric toymaker and his mechanical doll, is enchanting with a breathtaking celebration accompanied by the effervescent Delibes score. Le Corsaire is one of the biggest projects under Rojo's directorship. It is a magnificent spectacle overflowing with colorful costumes and sumptuous sets designed by Bob Ringwood, a class act who created the costumes for several film blockbusters, most notably the "Batman" series. Their performances at the Palais Garnier in 2016, which marked the first time a British company had appeared there in over seventy years, won enormous acclaim.

Revitalized ENB will create a great sensation in Tokyo in July 2017. Don't miss it!

I am thrilled to be able to tour in Japan for the first time as Artistic Director of English National Ballet.

English National Ballet has existed for over 65 years, bringing world-class ballet to the widest possible audi-ence. When I was appointed Artistic Director in 2012, my vision was to make the company stand for artistic excellence and creativity by challenging the art form and developing new creations that change the language of dance, and revitalising the classics ensuring they are exciting and compelling for artists and audiences alike. Le Corsaire is one of the first new productions created under my tenure, and English National Ballet is the only UK company to have the full work in its repertoire. It gives me great pleasure to present it to the Japanese people.

I am proud to be bringing English National Ballet and its company of richly gifted dancers from all over the world including Alina Cojocaru, Isaac Hernandez and Yonah Acosta to name just a few.

I look forward to presenting the company to the Japanese ballet audience and seeing you all in July 2017!