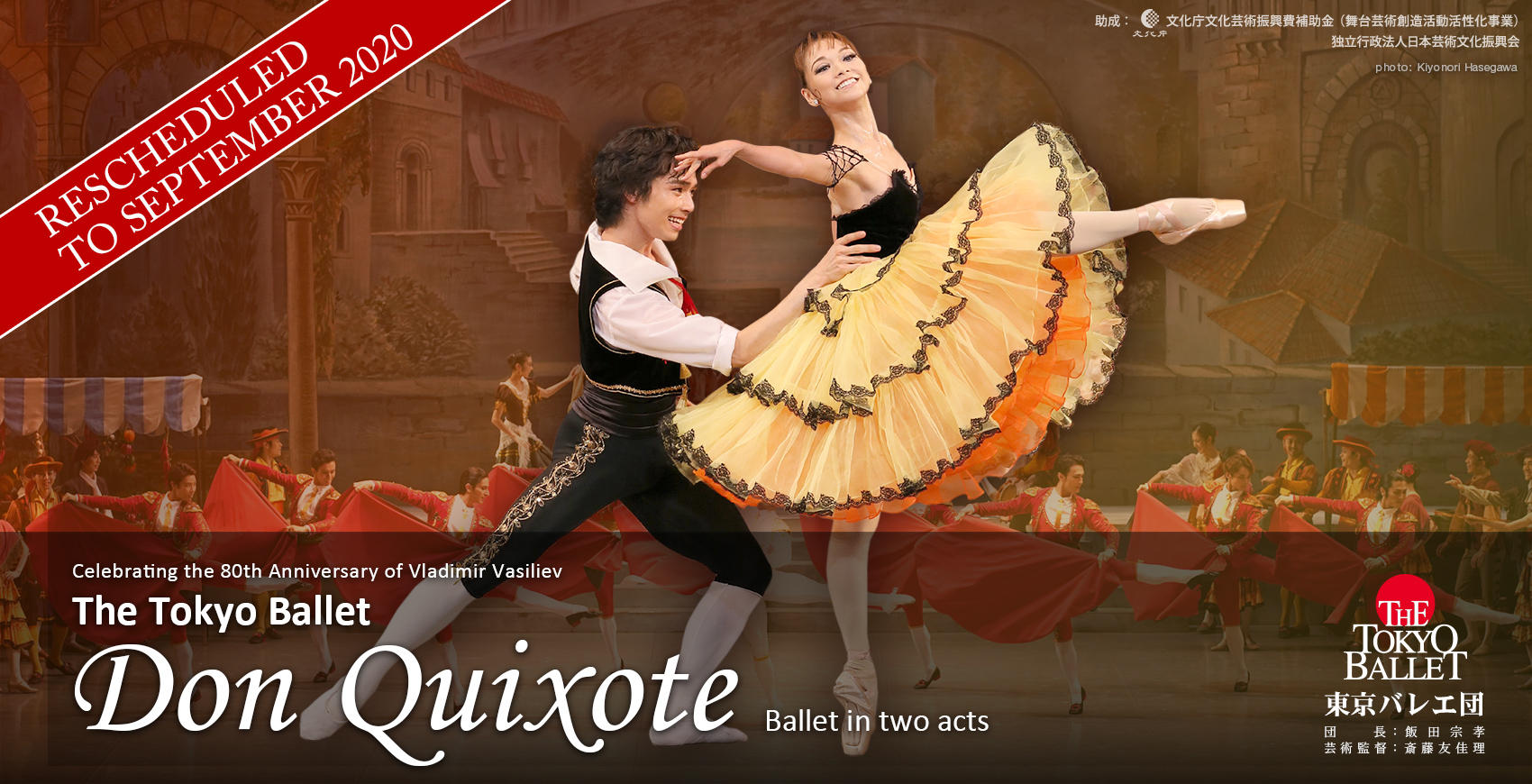 Don Quixote choreographed for The Tokyo Ballet by "God of the Dance", Vladimir Vasiliev 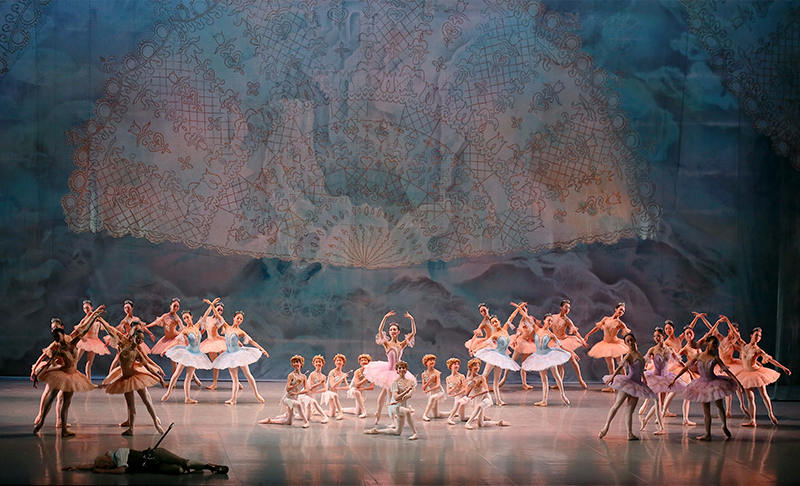 Don Quixote is one of Marius Petipa's most popular classics. Set in Spain, the ballet has been loved for its breadth of virtuoso dancing including that of cheerful Seguidille, stylish dance of Toreadors, energetic dance in the gypsy scene, beautiful classical dance by Dyrads and the famously bravura Act III pas de deux.

The Tokyo Ballet's Don Quixote was produced and choreographed by legendary dancer Vladimir Vasiliev, known as the "God of the Dance", after Marius Petipa and Alexander Gorsky. Vasiliev's version was an elaborate fusion of tradition of the Bolshoi Ballet and modernity. The premiere by The Tokyo Ballet in 2001 received considerable critical acclaim, amazing the audience members and critics alike. In 2014, Vasiliev returned to Tokyo and coached the Company to stage Don Quixote again.

In July, The Tokyo Ballet presents three performances of Don Quixote in celebration of the 80th birth anniversary of a living legend, Vladimir Vasiliev.

Russian dancer, choreographer and company director. He was a principal dancer with the Bolshoi Ballet for twenty years and was the Bolshoi's biggest male star. Heroic, dynamic with an unparalleled virtuoso technique and romantic intensity, he was especially acclaimed for leading roles such as in Don Quixote, Spartacus and Romeo and Juliet. He was General and Artistic Director of the Bolshoi Theatre from 1995 to 2000.

●Please note that the curtain times have been changed as below for public health purposes. (as of 27 August 2020)

*Program and casting as of 22 January 2020 are subject to change.

●Please note that the curtain times have been changed for public health purposes. (as of 27 August 2020)
●Please note that we are to present the performances with the utmost caution in line with national and regional guidelines for novel coronavirus infection prevention measures, and that the performance dates and details are subject to change depending on circumstances. We will be posting on our website a list of novel coronavirus precautions upon attending the performance. Audience members are kindly asked to read it before attending the performance . (as of 12 June 2020)
●Children under 6 years old are not admitted to the auditorium.
●Program and casting as of 12 June 2020 are subject to change. Changes in the program and cast do not entitle holders to return or exchange tickets.

*New ticket sales dates for a reduced seating capacity of 50% of the theater.

Parent and Child Tickets (for children between 6 and 18 years old, from elementary school students to senior high school students) will go on sale from Thursday 10 September 2020, 21:00 at NBS WEB Ticket and from Friday 11 September, 10:00 at NBS Ticket Center (Phone +81-(0)3-3791-8888). Up to two child tickets per one parent ticket can be purchased. Child tickets are half the adult price

¥1,000 tickets for those aged 6 to 25 years go on sale on Thursday 10 September 2020, 21:00 at NBS WEB Ticket. You must bring identity documents with proof of age to pick up your tickets at the venue on the performance day. 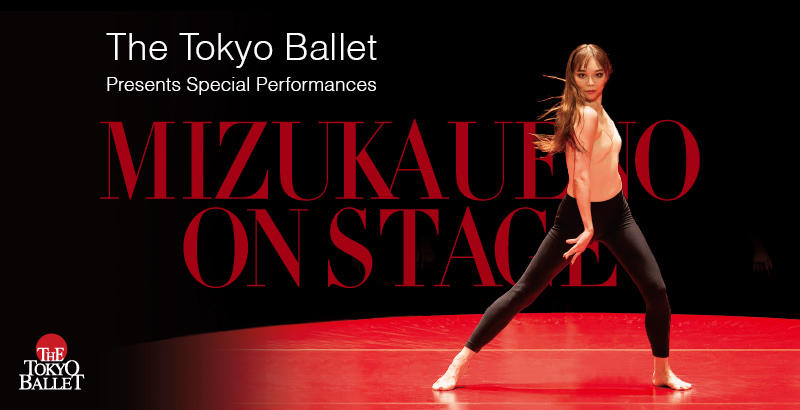 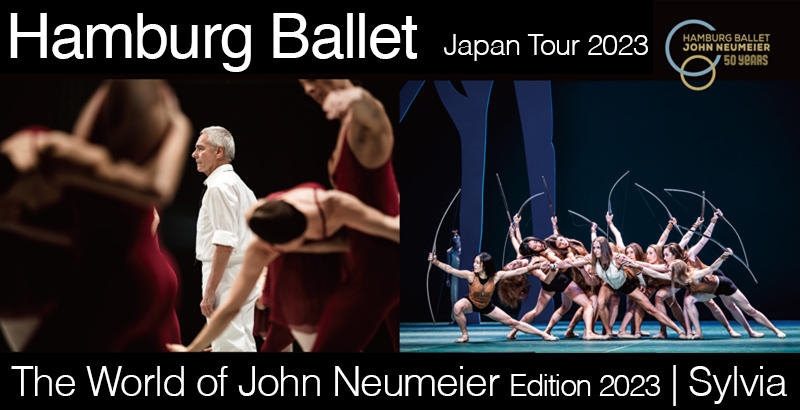 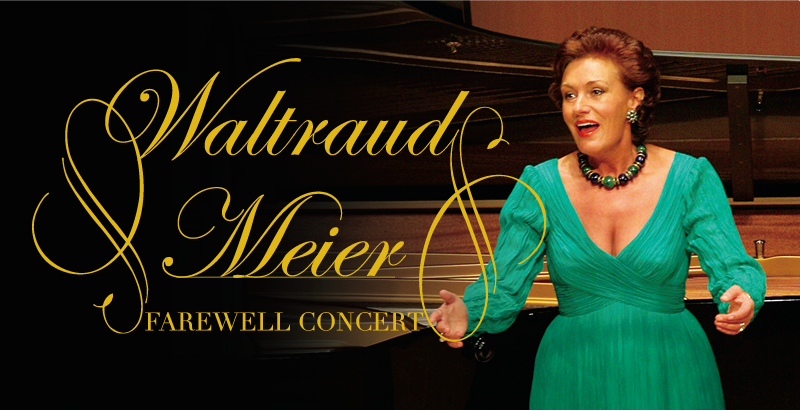 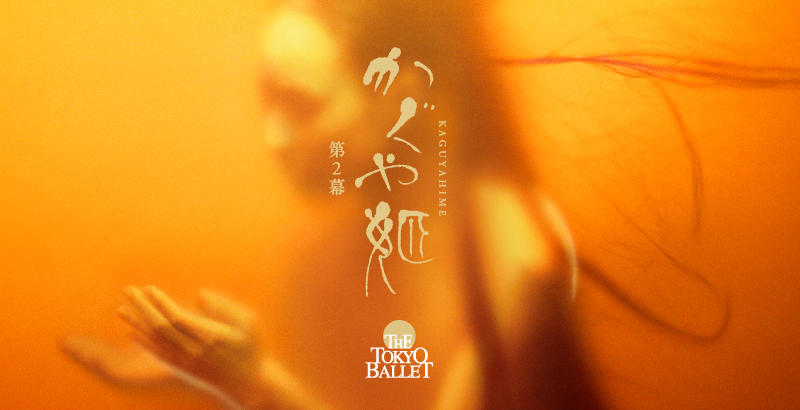 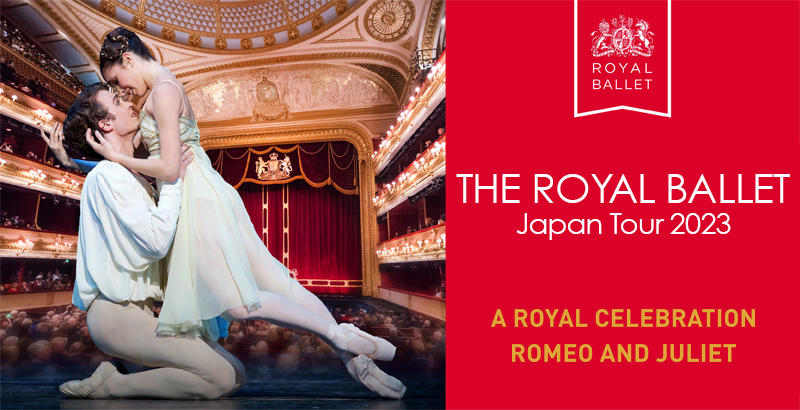