Set in legendary India, Nikiya, a bayadère or temple dancer, and Solor, a noble warrior, have secretly sworn their eternal love. However, Solor finally accepts the Rajah's (King) order to marry his daughter, Gamzatti, for her irresistible beauty and power. Meanwhile, Nikiya rejects the love by the High Brahmin, who became jealous and informs the Rajah of the secret love of Nikiya and Solar. Gamzatti asks Nikiya to give up Solar, but Nikiya refuses. Gamzatti and the Rajah resolve to have Nikiya put to death.

At the wedding ceremony of Solar and Gamzatti, Nikiya in grief is commanded to dance. Gamzatti presents her with a basket of flowers on behalf of Solor. A poisonous snake hidden in the basket bites Nikiya who dies in despair. Solor is distraught and tormented by remorse. In the Kingdom of Shades, the world of dreams, he reunites with Nikiya while the wedding ceremony goes on. Suddenly, the temple and all the celebrants are destroyed by the gods furious against all the betrayals. 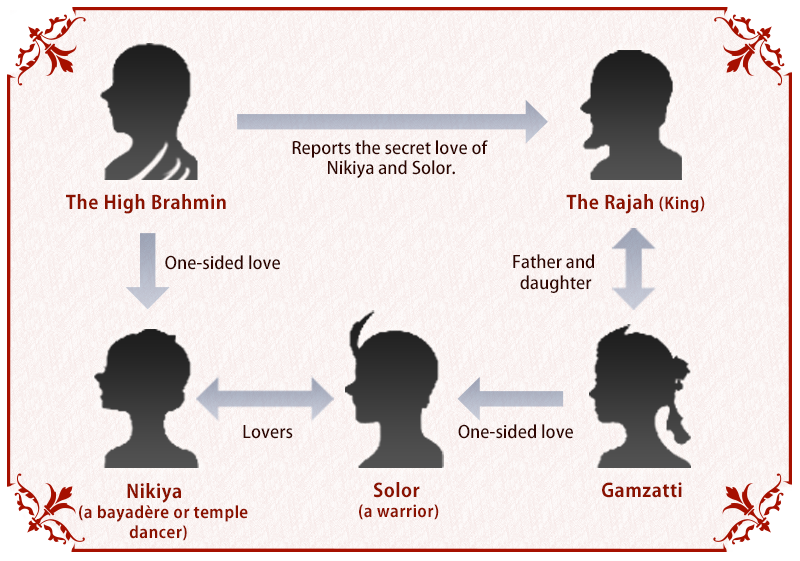 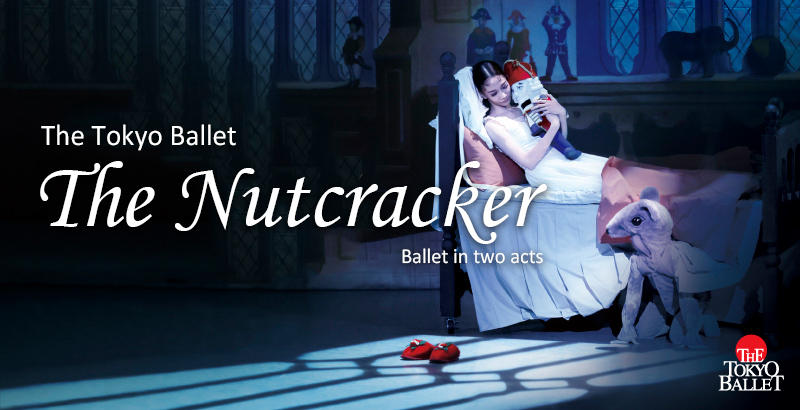