We have just learned from The Royal Opera that Italian tenor Vittorio Grigòlo is indisposed and has withdrawn from the role of Faust in The Royal Opera's performance of Faust on Sunday 22 September 2019.

The role of Faust will now be sung by Tenor Georgy Vasiliev. 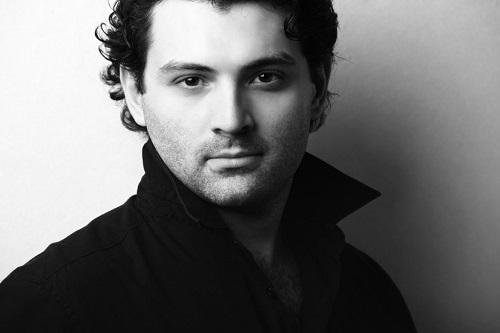 Tenor Georgy Vasiliev is a soloist of Deutsche Oper am Rhein (Düsseldorf) and The Kolobov Novaya Opera Theatre of Moscow (the New Opera). As a guest he takes part in productions of The Bolshoi theatre (Moscow), Deutsche Oper Berlin, Grand Opera (Geneve), Opera Australia (Sydney), Opera Lille (France) and other theatres of Europe and USA.

He has also participated in international festivals in Moscow, Colmar and Annecy (France), San Sebastian (Spain), Utrecht (Netherland), Mexico City (Mexica) performing as the tenor soloist in gala concerts as well as in Verdi's Requiem Rachmaninov's The Bells, Beethoven's The 9th symphony, Bruckner's Te Deum, Janacek's The Eternal Gospel and others.